The Gene, by Siddhartha Mukherjee from Best Books of 2016 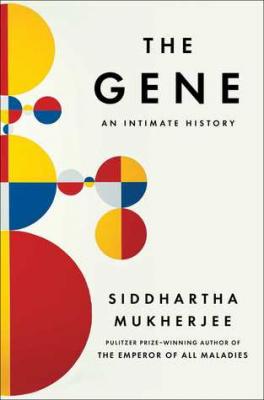 The best selling books of 2016 need to include futuristic and scientific content. This book by a Pulitzer Prize-winning author tells us the story of people that have learned how to read genes and change them. It is a look in the future that covers scientific aspects as well as moral qualms, raising the eternal question.

Whitehead’s book is really the class of the year. But I wouldn’t necessarily say it’s been a weak year for literature. There have been a few notable books that have made a splash. The Vegetarian is a non-English book that got traction, which is really hard to do for works in translation. His Bloody Project (which didn’t make this list but was shortlisted for the Booker Prize) was quite good. The Association of Small Bombs will make its way into quite a few lit syllabi in the next few years, I suspect. Coetzee’s new book, The School Days of Jesus, is just as dizzying and beautifully written as its predecessor. There was good stuff out there, but sometimes when there is a clear standout like Underground Railroad it’s hard to see what else rises to the top. Of the stuff that you’ve read this year, what have you liked? I’m always looking for good stuff.