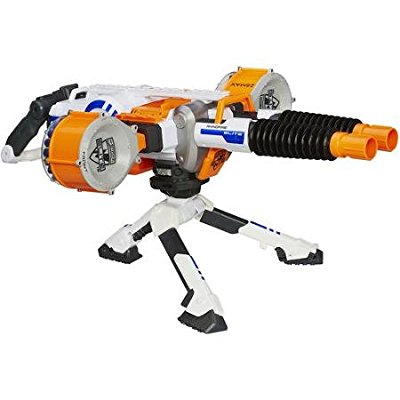 Dominate any battlefield with the double-barrel assault of the Rhino-Fire blaster! You can launch a blizzard of darts at targets up to 90 feet away from the blaster! With 2 drums, you can fire the darts with double barrel domination. Use the tripod to keep a steady aim then take on your opponent with Rhino Fire!