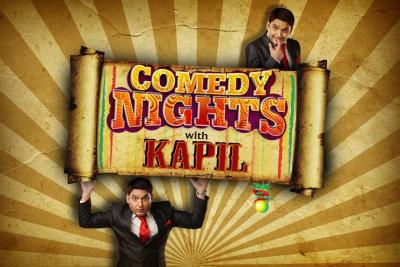 Comedy Nights with Kapil is a comedy show which provides a distinctive take on the everyday life of a common man as the show explores the story of every household and how our common man Kapil is affected by the simplest issues in life around him. The show consists of a talented cast portraying various roles starting with the wife Mrs. Sharma played by Sumona Chakravarti, the interfering Daadi played by Ali Asgar, the unmarried Bua played by Upasana Singh, an annoying servant played by Naseem Vicky, and Kapil's secretary played by Soni Singh. Talented theatre actor and comedian Sunil Grover will also be seen donning several unconventional characters throughout the series.