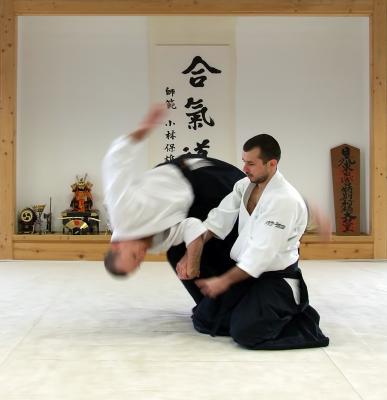 “The way of harmonious spirit”, which is what Aikido means, was created by Morihei Ureshiba, who tended to unify his religious and philosophical beliefs with his martial art knowledge. Aikido is one of the best self-defense martial arts, which is why weapons (knifes, swords…) are often used to practice self-defense. It belongs to so-called soft martial arts because of the softness and harmony of its moves. The main principle of aikido is predicting, redirecting, controlling and neutralizing the attacker with minimum damage, and by using the attacker’s energy and strength. It requires a lot of movement, and the defense system is based on joint locks, making it easier to oppose even the much larger and physically stronger opponents.