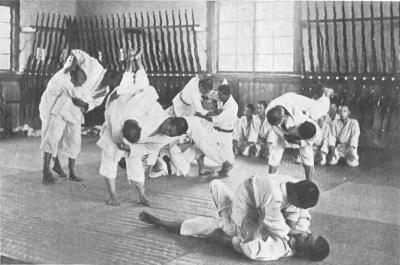 Jiu-Jitsu comes from Japan and dates from the period of the fall of the Ming Dynasty. It represents a way of defense that Japanese samurai developed to fight against the armed enemies, without using weapons or only with short arms. It relies on the following methods: joint locks, grappling, powerful striking, biting, rolling and choke holds. It focuses on using the opponent’s energy, its redirecting and fighting the opponent back. Today Ju-jitsu skills contain all the most effective techniques that we recognize in other martial arts (judo, karate, aikido).