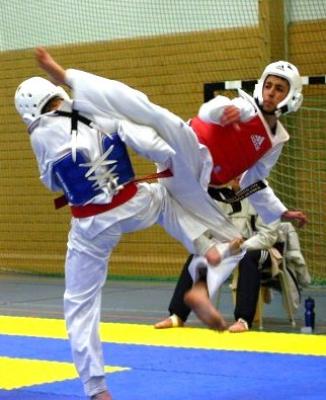 This Korean martial art, came to existence after the second World War, when the Japanese ended their occupation of Korea. The translation of its name means “the way of hand and foot”, which describes its fighting technique, an active usage of arms, and legs in particular. Legs, as the longest and the strongest parts of the body, are considered the most powerful fighting device, and, therefore mostly used. Taekwondo pairs up physical and mental strenght, and requires flexibility, speed and balance of skills. Today, it is an Olympic discipline,popular among both women and man.