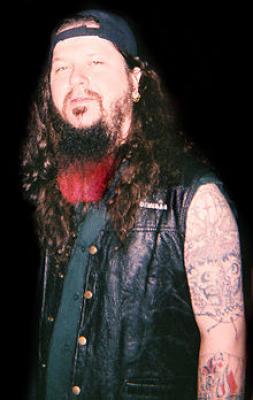 Dimebag Darrel was a member and co-founder of Pantera and Damageplan bands. A lot of fans consider him as the best among top metal guitarists in the world. He possessed impressive technical abilities in music. His career was rapid, and his death was dramatic. In 2004 a fan who suffered from schizophrenia killed him at Pantera’s concert.