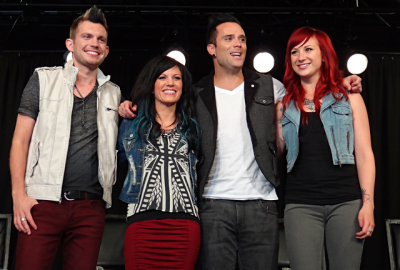 It is one of the few modern rock bands that represent Christian rock and still stay on top of the waves of fame. The idea for the creation of the band came from the pastor of John Cooper and his wife Korey. The name represents the mixture of styles and the everlasting experiment of how their music should sound. Christian rock and metal are stated to be the main flow of the band, but hard, alternative rock and nu-metal tone is also a common thing in the songs of these guys.

Existing since 1996, Skillet has managed to produce 10 studio albums of the highest quality, staying true to the rock sound and style. Almost nothing changed in the vibe of their songs, except for the beard of Cooper. More than 20 years on stage, dozens of world tours, platinum and gold statuses for albums and songs, that’s how you describe Skillet in a few words.

Their talent attracts people who are far from religion by the quality of sound and the power of the message that is rarely religious. In fact, many songs leave the space for thoughts and their main goal is to make you draw parallels between your life and the events in the lyrics to make your own unique conclusion and to inspire every individual in a unique way. Their multiple major music awards indicate that perfectly well.

Which Skillet song is your favorite? Use the comment section below to tell us what you think about the band and the messages they are sending towards the audience.