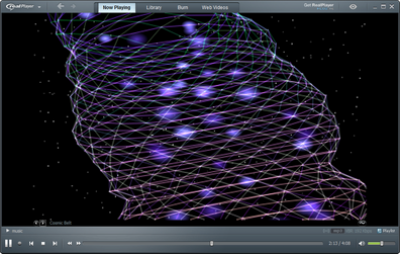 Windows music players went the way of the dodo for me with the advent of Google Music, even before All Access launched. My collection was already there, along with some quality algorithms. I still listened to my local collection, or a 5ish GB chunk of it, on my phone and tablet with PowerAmp, but All Access phased out PowerAmp, too. Now I set up radio stations, trim the cruft, and save them locally on my tablet as playlists, which accounts for the largest chunk of my listening. The rest is albums saved the same way, or sometimes actual streaming. It's great having everything integrated, able to leverage but not relying on a data connection.

There are several reasons why downloading > streaming (assuming both are free): Downloading generally has a higher bitrate. Streaming songs can disappear if the label or artist revokes the rights to them. No risk of that with downloaded files. Downloaded files don't use data, so you can listen to your library without being dependent on a connection or eating into a data cap. You can edit the metadata of local files, no such access for streaming ones.

Have a look at Slacker Radio. I've been using it for over a year. I'm in Ontario the service is working 100% here.

I stream all my music from Google Play Music All Access, because it's cheaper than buying everything. It's cheaper than a single album a month, making it so worth it. I also only listen to music on my computer or phone, so all my use cases are covered by Play Music. I can quit anytime and move to a different service, and just copy my playlists over (like I did when I replaced Spotify with Google Play Music)

spotify is crap that has almost none of the music I listen to (and no indie music of any kind) and pandora gets stuck in a rut playing the same 100-200 songs over and over and over (this is with around 15 stations being shuffled....albeit they do overlap genres)