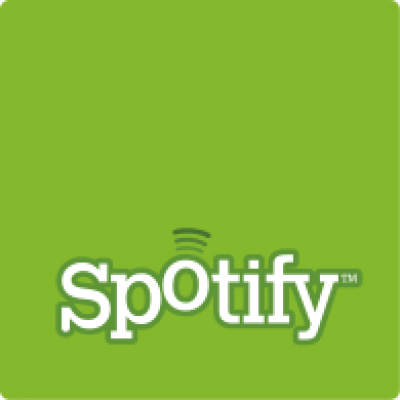 The songs you want when you want them: Spotify was the first major music streaming service to enable you to specify which artist, album, or song you want to hear when you want to hear it. While competing services have since caught up, Spotify deserves props for being first. Best playlists: Spotify wows with the best playlists we've ever encountered. Between Discover Weekly, our favorite Monday morning ritual, delivering a mix of old, new, and new-to-us tracks; #ThrowbackThursday, which creates a nostalgia-inducing playlist out of a previous decade, year, or theme; Your Release Radar, which brings the best new songs from artists we love; New Music Friday, which introduces the top music of the week; and Daily Mixes, which takes the songs we listen to most and builds playlists around them, there's always something to revisit or discover. You can also enjoy playlists created by other users, including famous artists, or easily create your own.

I can't stream on my work computer, and despite living in a major metropolitan area the cell service really sucks in the concrete jungle for really any data. I'd rather own good quality recordings than stream music that could degrade in quality over poor service, or worse be completely inaccessible. I mean don't get me wrong, I'm jealous of people that can get by with just streaming services, but it just flat-out doesn't do it for me. Listening to opera, trance, classical, or complicated prog-rock at under 128kbps is pretty much painful.

And in that two weeks? I listen to music pretty much constantly in my waking hours. I don't want to be without because comcast accidentally cut the physical cable for my neighborhood again, or because I'm driving and what do you know, I lost coverage. I have a rather large collection that would take over 2 weeks to recreate, I'm also pretty anal for no good reason at the way music is tagged and covered. It makes me upset looking at other people's libraries with no names or totally wrong song names (weird, I know). Just because you don't see music as really and truly "yours" doesn't mean others don't. I would be fine losing basically anything else from my computer outside of my music. There are memories in the collecting process, there's memories in the songs, and there's memories in the archival process even.

How do you know all the songs you want will be there in the next Spotify though? All the streaming services seem lacking in many songs already. You can't be assured that all the songs you want will be available. Also, paying isn't much of an issue, lots of people already have their collection and aren't buying multiple cd's a month (have you heard most of the new music these days? ughh). I might buy 4 or 5 cd's a year. So ya 40 -50 bucks a year on a hobby is really nothing.

I wonder how many albums people on the ownership side listen to in a year? I listened to at least 120 new-to-me albums last year. At least 20 or so of those I listened to a few more times. This is just my way of digesting music. I like listening all the way through an album, assessing it, mining it with future listens if I find emotional resonances, then move on. My almost 30 years of age means that all new trends feel like old trends so I no longer become devoted to a single artist anymore. Spotify is amazing for me for this reason. But I can imagine if you're going to be listening to just a handful of albums a year, you might as well actually own them in high fidelity.

The cost of the services is too high for someone like me. I only buy maybe 3-4 albums a year, but most of those services are $10 USD per month, so for me it doesn't pan out. I am sort of set in my ways when it comes to music. I don't listen to very much new or "popular" music very often and prefer to listen to certain bands and old CDs of mine. I buy most of my music on Amazon now and import it right into iTunes for easy syncing with my iDevices, and I also auto upload everything to Google Music for free streaming if I need it. Its not hard to manage because I don't buy new albums very often. 1

I purchase albums or torrent, and put everything onto my Zune HD. No fucks given. I don't have enough monthly data on my cell phone to stream (and I don't make nearly enough money to contemplate giving AT&T any more than the $80/month I give them now), and the battery life on my Nexus 5 sucks, so a dedicated MP3 player is a must for me. Plus, the last time I really tried to use Pandora the sound quality was atrocious. Ain't nobody got time for that.