Naruto the Movie: Legend of the Stone of Gelel from Best Naruto Movies 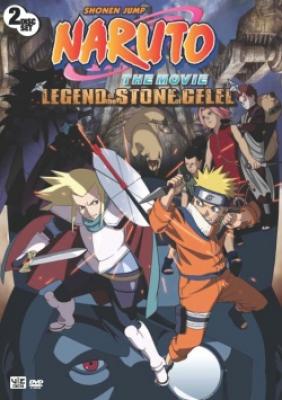 Naruto the Movie: Legend of the Stone of Gelel (大激突!幻の地底遺跡だってばよ Daigekitotsu! Maboroshi no Chiteiiseki Dattebayo, lit. Great Clash! The Illusionary Ruins at the Depths of the Earth) is a 2005 Japanese animated film based on Masashi Kishimoto's manga and anime franchise, written by Hirotsugu Kawasaki and Yuka Miyata. It was released in theaters in Japan on August 6, 2005. Unlike Ninja Clash in the Land of Snow, Legend of the Stone of Gelel became a direct-to-video film in the United States. It aired on Cartoon Network on July 26, 2008 and was released to DVD on July 29, 2008. The film is set after episode 160. The theme song "Ding! Dong! Dang!" is performed by TUBE.