Naruto the Movie: Ninja Clash in the Land of Snow from Best Naruto Movies 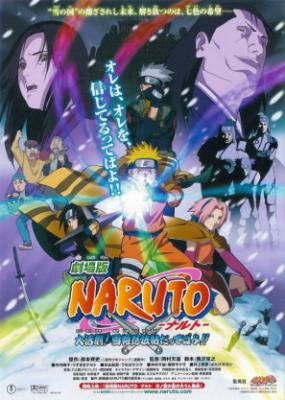 Naruto the Movie: Ninja Clash in the Land of Snow (劇場版 NARUTO 大活劇! 雪姫忍法帖だってばよ!! Gekijōban Naruto Daikatsugeki! Yukihime Ninpōchō dattebayo!!, lit. Great Action Scene! Snow Princess' Book of Ninja Arts) is a 2004 Japanese animated film based on Masashi Kishimoto's manga and anime series. It was released in Japan on August 21, 2004. The popularity of the series has spawned several sequels, beginning with Naruto the Movie: Legend of the Stone of Gelel. The film is set after episode 101. The ending song Home Sweet Home is performed by Yuki. The English adaptation replaced the song with Jeremy Sweet's "Never Give Up", due to licensing restrictions.