Road to Ninja: Naruto the Movie from Best Naruto Movies 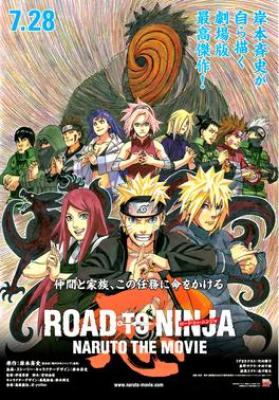 Road to Ninja: Naruto the Movie is a 2012 Japanese animated film based on Masashi Kishimoto's manga and anime series. It was released in Japan on July 28, 2012. The band Asian Kung-Fu Generation performed the theme song "Sore de wa, Mata Ashita" (それでは、また明日, lit. "Well Then, See You Tomorrow"). Both the single CD and the film's soundtrack were released on July 25, 2012. The first 1.5 million film was given for the Motion Comic: Naruto DVD.