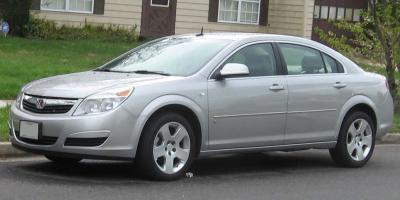 The Saturn Aura is a midsize family sedan that was produced by Saturn. It debuted as a concept car at the North American International Auto Show in January 2005. The production model of the AURA was shown at the 2006 New York Auto Show in April, with production commencing in North America in the summer of 2006 for the 2007 model year. The Aura replaced the Saturn L-Series, which was discontinued after the 2005 model year. Although Saturn had never intended to use the Aura name for the production vehicle, the name ended up sticking as a result of the popularity of the concept