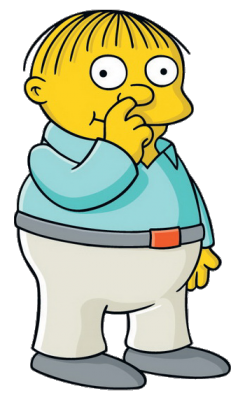 Ralph Wiggum is a recurring character on the animated series The Simpsons, voiced by Nancy Cartwright.[1] The son of Police Chief Wiggum and a classmate of Lisa Simpson, Ralph is best known as the show's resident oddball, and is noted for his non sequiturs and erratic behavior. His lines range from nonsensical, or bizarre interpretations of a current event, to surprisingly profound statements that go over people's heads; and his behavior varies between blissfully unaware, to dim-witted, to awkwardly spontaneous, even occasionally straightforward.