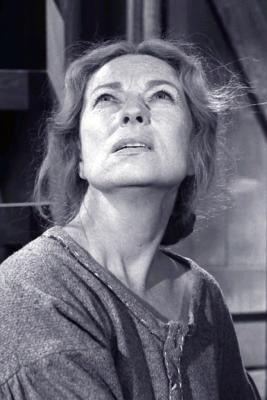 "The Invaders" is episode 15 of season 2 (and episode 51 overall) of the American television anthology series The Twilight Zone. The episode, which originally aired January 27, 1961, starred Agnes Moorehead. It was written by Richard Matheson, directed by Douglas Heyes, and scored by Jerry Goldsmith. Distinctive features of this episode include a near-solo performance by one character (interacting with miniature puppet "characters"), and an almost complete lack of dialogue. The protagonist portrayed by Moorehead often cries out in pain, terror, etc., but never speaks.