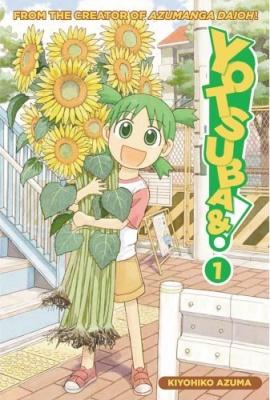 Yotsuba&! (よつばと! Yotsuba to!) is an ongoing Japanese comedy manga series by Kiyohiko Azuma, the creator of Azumanga Daioh. It is published in Japan by ASCII Media Works, formerly MediaWorks, in the monthly magazine Dengeki Daioh and collected in thirteen tankōbon volumes. It depicts the everyday adventures of a young girl named Yotsuba as she learns about the world around her, guided by her father, the neighbors, and their friends