10th Doctor from Doctor Who: The Best Doctors 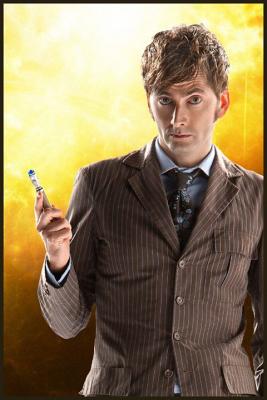 Benefiting from the healing undergone by his immediate predecessor, the Tenth Doctor possessed an outgoing, lively and genial demeanour that hid his underlying guilt. For most of his incarnation, the Doctor was able to successfully project a convivial and even frivolous front. However, when he had to engage in conflict, the Tenth Doctor's energies would shift to reveal a fiercely protective man who resolutely guarded what he held dear, and who could be viciously unforgiving to the forces that dared menace them. He was unique in that he was the only incarnation of the Doctor who chose to waste and abort one of his regenerations, leaving him with just one left, after being hit by a Dalek ray, channelling the energy into his spare hand without changing his appearance, something his successor would attribute to "vanity issues" the Tenth Doctor had developed from enjoying being the person he was in his current incarnation.