1st Doctor from Doctor Who: The Best Doctors 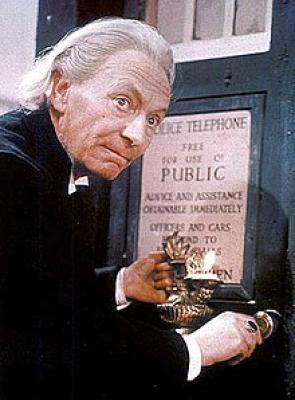 The First Doctor is the initial incarnation of the Doctor, the protagonist of the BBC science fiction television series Doctor Who. He was portrayed by the actor William Hartnell from 1963 to 1966. Hartnell reprised the role once, in the tenth anniversary story The Three Doctors (1973), although due to his failing health the story was written so he would not have to appear very extensively. Within the series' narrative, the Doctor is a centuries-old alien Time Lord from the planet Gallifrey who travels in time and space in his TARDIS, frequently with companions. When the Doctor is critically injured, he can regenerate his body; in doing so, his physical appearance and personality change. Hartnell's Doctor is the Doctor's "original" form. The regeneration plot device was introduced when Hartnell needed to leave the series, and consequently has extended the life of the show for many years. His original companions were his granddaughter Susan (Carole Ann Ford) and her schoolteachers Ian Chesterton (William Russell) and Barbara Wright (Jacqueline Hill).