9th Doctor from Doctor Who: The Best Doctors 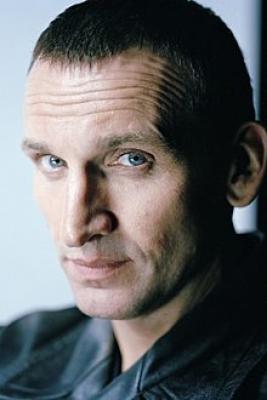 The Ninth Doctor is an incarnation of the Doctor, the protagonist of the BBC science fiction television programme Doctor Who. He is portrayed by Christopher Eccleston during the first series of the show's revival in 2005. Within the programme's narrative, the Doctor is a time travelling, humanoid alien from a race known as the Time Lords. When the Doctor is critically injured, he can regenerate his body but in doing so gains a new physical appearance and with it, a distinct new personality. The production team's approach to the character and Eccleston's portrayal were highlighted as being intentionally different from his predecessors, with Eccleston stating that his character would be less eccentric. To fit in with a 21st-century audience, the Doctor was given a primary companion, Rose Tyler, who was designed to be as independent and courageous as himself. He also briefly travels with Adam Mitchell, a self-serving boy genius who acts as a foil to the companions but ultimately proves unworthy, and Jack Harkness, a reformed con man from the 51st century. The Doctor, Rose and Jack form a close team but are separated in the series finale in which each character has to make difficult choices and face sacrifice.