Iron Maiden from Greatest Rock Bands of All Time 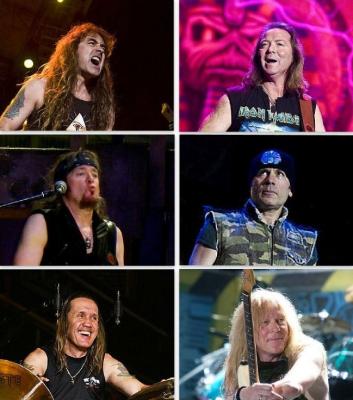 If you pur together 15 songs of every band in history, just a few could challenge Iron Maiden. It's a shame they couldn't keep the great work after the 80s

Hallowed be thy name best metal song ever, one of the best of all time sure! I love Rime of the Ancient Mariner too, so strange and atmospheric, splendid lyrics

I remember I saw these guys live in 2010... Very good metal band, one of the best of all time no question.

I'm waiting in my cold cell, when the battle begins to chime, reflecting on my past life, but it doesn't have much time, cause at five o'clock they take me to the gallows pole, the sands of time for me are running low...

A great metal band. Nothing wrong with Bruce as singer but Paul Di'Anno was seriosly underrated. Their first album is one of their best.