Alantis from Lost Cities of The World 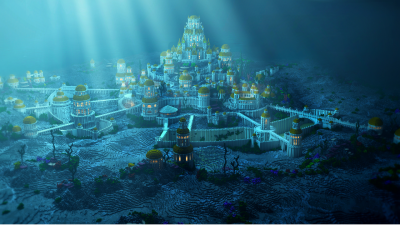 About 360 BC,a Greek philosopher Plato was the first one to describe the city of Atlantis in his dialogues: Timaeus and Critias. He described it as a very advanced civilization, located on the island, and therefore a strong naval force. Atlantis allegedly conquered a great part of Europe, but then unexpectedly sank, after a major natural disaster. Although it is most likely that the whole story is the result of Plato's imagination, the fact that he was able to describe a vast civilization for centuries in advance, captured the imagination of many adventurers, and forced them to start looking for the lost city.