Machu Picchu from Lost Cities of The World 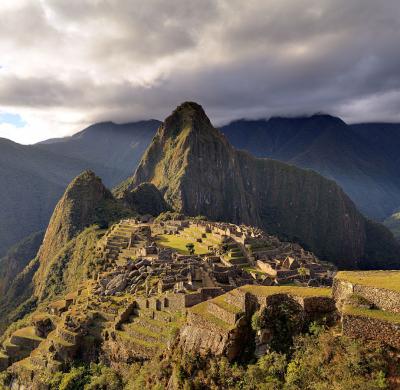 One of the most enigmatic places of the ancient world, Machu Picchu is settled in the isolated area in the Andes, not far from the Urubamba Valley in Peru. This flawlessly planned structure consists of well-preserved temples, palaces, terraces and about 150 houses, the arrangement of which perfectly fits in the surroundings. It was inhabited by Quechua peasants, and it remained unknown to the civilized world until Hiram Bingham, a historian, stumbled upon it in 1911. When he found it, it was covered in vegetation, and he returned to clear the forest in 1915. It is assumed that it had been populated for only one century, and then left, probably because of the smallpox epidemic. There are various theories about what was its main purpose, some speculate it was a sanctuary, some assume it was a prison, but the recent discoveries say it was a personal property of the Inca emperor Pachacuti. Today it is an easily approachable, popular tourist attraction, protected by UNESCO.