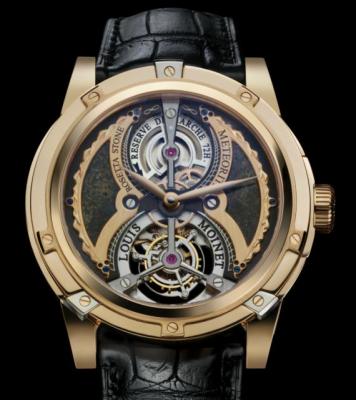 This is, actually, a watch set comprised of four tourbillon watches placed around the entire solar system model. Dials of each of them are made of meteorites, a meteorite from Mars; a lunar meteorite, Rosetta Stone - the oldest meteorite ever found on earth ; Itqiy - a mysterious asteroid that was formed near the sun. This $4.6 million, as made to remind us of the ties between man and the cosmos.