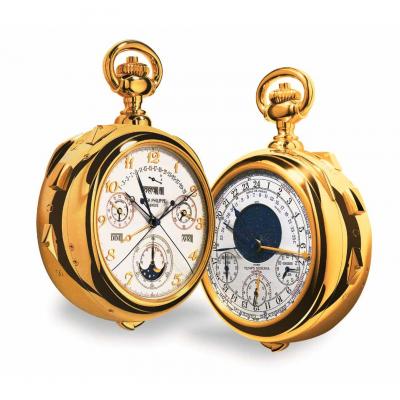 Not only is this watch super complicated, but, it is also suuuper expensive. How much? - $11 million. This two-faced, yellow –gold pocket watch, was created in 1932 for New York banker Henry Graves as part of the bet between him and the Ohio automobile engineer James Ward Packard. The goal of the bet was to own the watch with the most complications, and Patek Philippe made it for Graves. Its 24 "complications," included : different chronological function for each hour of the day, a chart of the nighttime sky over New York City together with the magnitudes of the stars and the Milky Way, and a minute repeater whose chimes played the same melody heard in London's Big Ben.