Obi-Wan Kenobi: The Legend from Most Powerful Jedi 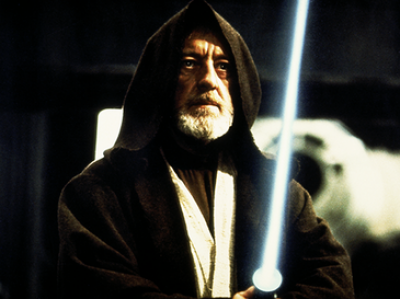 Obi-Wan "Ben" Kenobi is a fictional character in the Star Wars franchise, within the original trilogy he is portrayed by Alec Guinness, while in the prequel trilogy a younger version of the character is portrayed by Ewan McGregor. In the original trilogy, he is a mentor to Luke Skywalker, to whom he introduces the ways of the Jedi. In the prequel trilogy, he is a master and friend to Anakin Skywalker. He is frequently featured as a main character in various other Star Wars media. Alec Guinness's portrayal of Obi-Wan in Star Wars Episode IV: A New Hope (1977) remains the only time an actor has received an Oscar nomination for acting in a Star Wars film.