Yoda: The Master Who Surpassed His Master and Was Surpassed in Turn by His Student from Most Powerful Jedi 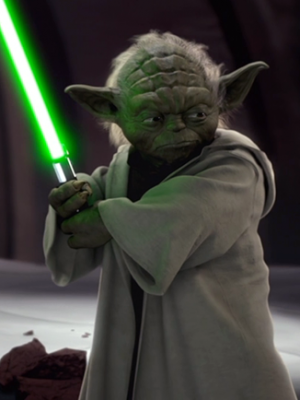 Yoda is a fictional character in the Star Wars franchise created by George Lucas, first appearing in the 1980 film The Empire Strikes Back. In the original films, he trains Luke Skywalker to fight against the Galactic Empire. In the prequel films, he serves as the Grand Master of the Jedi Order and as a high-ranking general of Clone Troopers in the Clone Wars. Following his death in Return of the Jedi at an unknown age that surpassed 900 years, Yoda was the oldest living character in the Star Wars franchise in canon, until the introduction of Maz Kanata in Star Wars: The Force Awakens.

yoda is stronger then mace windu by far