Darth Sidious from Most Powerful Sith Lords of All Time 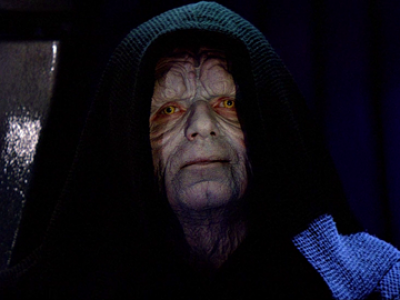 Sheev Palpatine (also known as Darth Sidious or simply The Emperor) is a fictional character of the Star Wars franchise, mainly portrayed by Ian McDiarmid. In the original trilogy, he is depicted as the aged, pale-faced and cloaked Emperor of the Galactic Empire and the master of Darth Vader. In the prequel trilogy, he is portrayed as a charismatic Senator from Naboo who uses deception and political manipulation to rise to the position of Supreme Chancellor of the Galactic Republic, and then reorganizes the Republic into the Galactic Empire, with himself as Emperor.