Gogeta from Most Powerful Superhero 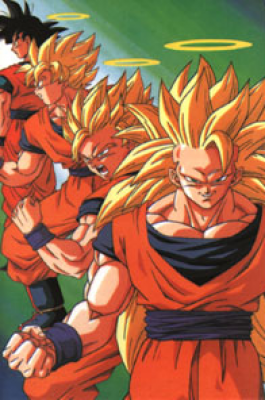 In the film Fusion Reborn, Goku and Vegeta use the Metamorese Fusion Dance, which creates Gogeta (ゴジータ Gojīta), who sports slight visual differences from their previous merger. In the anime-only sequel, Dragon Ball GT, Goku is transformed into a kid by an accidental wish made by his old enemy Pilaf using the Black Star Dragon Balls while Pilaf was about to wish to take over the world.