Jordan from Most Racist Countries in The World 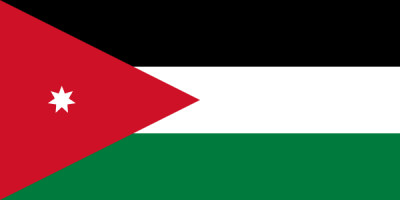 Jordan (الأردنّ al-Urdunn) is a country in Middle East that is almost land-locked save for a small 28km outlet on the Red Sea in the Gulf of Aqaba and a frontage on the Dead Sea). It's bordered by Israel and the West Bank (Territory of Undetermined Permanent Status) to the west, by Syria to the north, by Iraq to the east and by Saudi Arabia to the south. For most of its history since independence from British administration in 1946, Jordan was ruled by King Hussein (1953-99). A pragmatic ruler, he successfully navigated competing pressures from the major powers of the US, USSR and UK, various Arab states, Israel, and a large internal Palestinian population, through several wars and coup attempts. In 1989 he resumed parliamentary elections and gradually permitted political liberalization; in 1994 a formal peace treaty was signed with Israel. King Abdullah II - the eldest son of King Hussein and Princess Muna - assumed the throne following his father's death in February 1999. Since then, he has consolidated his power and established his domestic priorities, including an aggressive economic reform program. Jordan acceded to the World Trade Organization in January 2000, and signed free trade agreements with the United States in 2000, and with the European Free Trade Association in 2001. There is no hostility between Muslims and Christians, and Jordan is one of the friendliest, most modern and liberal nations in the region yet, at the same time, it has maintained an authentic feel of being in the heart of the Middle East.