Mack the Knife from The 10 best Frank Sinatra songs 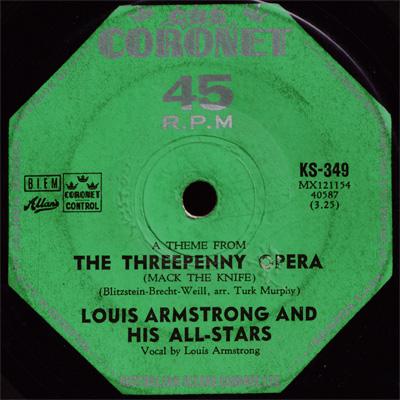 "Mack the Knife" or "The Ballad of Mack the Knife", originally "Die Moritat von Mackie Messer", is a song composed by Kurt Weill with lyrics by Bertolt Brecht for their music drama Die Dreigroschenoper, or, as it is known in English, The Threepenny Opera. It premiered in Berlin in 1928 at the Theater am Schiffbauerdamm. The song has become a popular standard recorded by many artists, including a US and UK number one hit for Bobby Darin in 1959.