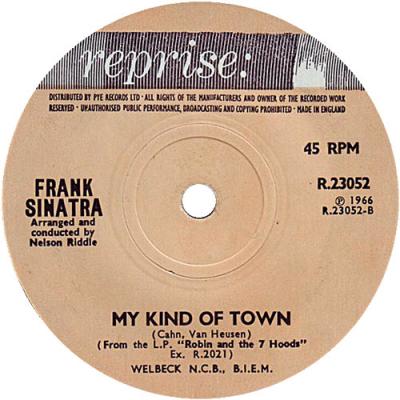 Frank Sinatra recorded several versions which have appeared on many of his albums. Also, many artists have performed the song as a tribute to Sinatra in posthumous tribute albums. In addition, the song had been recorded by many other artists prior to Sinatra's death. The lyrics, which praise the city of Chicago for its people and institutions, repeat the title phrase several times, usually in a line that says "My kind of town, Chicago is".