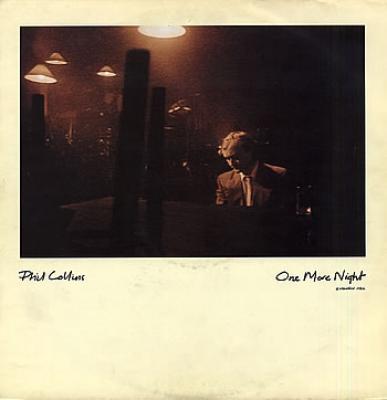 "One More Night" is the first single in the United States and second in the United Kingdom from Phil Collins' third album, the Diamond-certified No Jacket Required. "One More Night" was Phil Collins' second U.S. No. 1 single, following "Against All Odds", and was his fourth single to reach the top ten in the UK, peaking at No. 4 on the singles chart. The single was certified silver by the British Phonographic Industry. It was also his first No. 1 on the U.S. Adult contemporary chart.