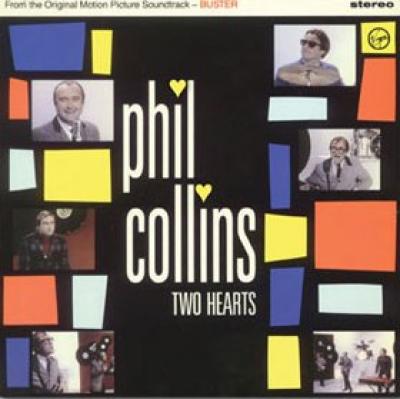 "Two Hearts" is a song by Phil Collins. The song reached No. 1 in the United States and Canada in February 1989. It was composed by Lamont Dozier (of Motown's Holland-Dozier-Holland), with lyrics by Collins, both of whom also produced this song for the 1988 crime comedy film Buster. Both promo-singles of the film, "Two Hearts" and "A Groovy Kind Of Love", topped the US charts.