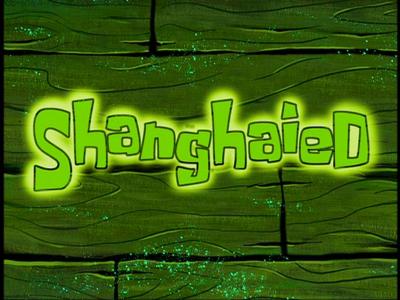 SpongeBob, Squidward, and Patrick climb to the Flying Dutchman's ship after its anchor damages both SpongeBob's and Squidward's houses. Squidward complains about this, and the Dutchman throws him into a chaotic dimension. The Flying Dutchman then has SpongeBob and Patrick help him go around Bikini Bottom to scare people, which fails. Feeling annoyed with this, he decided to eat them instead. The two decide to steal the Flying Dutchman's sock, which is the mandatory item before he eats anything. He noticed the two and asks to trade for three wishes, which they accept.