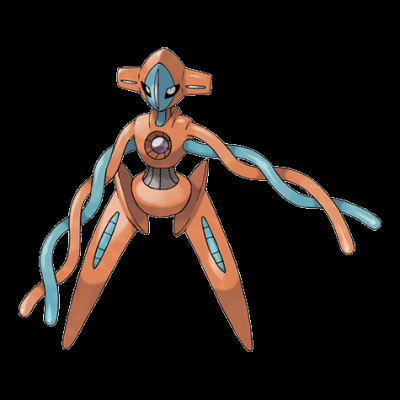 Deoxys (デオキシス Deokishisu, /diːˈɒksᵻs/) is a fictional species of Pokémon from Nintendo's and Game Freak's Pokémon media franchise. The result of an extraterrestrial virus's exposure to a laser beam, Deoxys frequently appears around auroras. It is recognized as a Mythical Pokémon of the third generation. It exists in four forms: Attack, Defense, Speed, and Normal, which differ by base stat values, effort value yield, and appearance. Originally, there was no Speed Form; this was added after the movie.