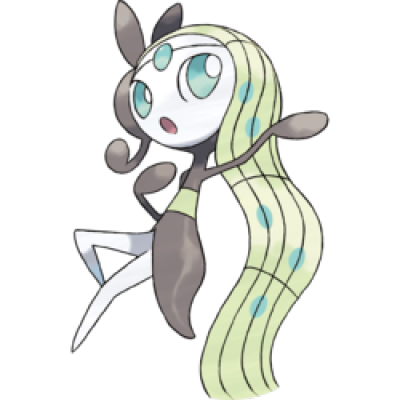 Meloetta (Japanese: メロエッタ Meloetta) is a dual-type Normal/Psychic Mythical Pokémon introduced in Generation V. While it is not known to evolve into or from any Pokémon, it has a second Forme activated by using the move Relic Song in battle. Its original Forme, Aria Forme, will then become the Normal/Fighting-type Pirouette Forme. Meloetta was leaked on a poster of M15 on February 26, 2012, and it was officially revealed by Oha Suta on March 1, 2012.