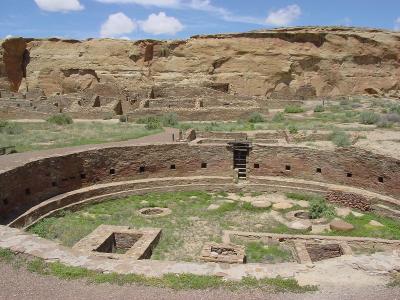 Chaco civilization was on its peak from 800 to 1100 BC. During this period the canyon was a ceremonial, civic and commercial center. Its residents built brick houses, and circular ceremonial structures called ‘kivas’. They used to make brick out of mud and sand. Many buildings made in this way are still standing untouched.