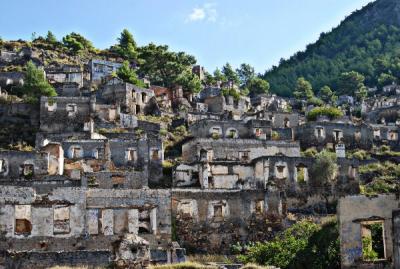 In 1923 Greco-Turkish war was over. Around one million people who lived in Greece went through the process of population exchange, while Kayaköy - a Greek village in the West Turkey, was abandoned. The remains of the village and two Orthodox churches are preserved as historical artifacts. Turkish authorities keep them as a village-museum.