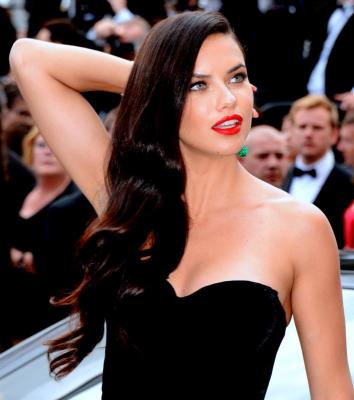 This Brazilian’s beauty is ineffable. She was discovered at the age of 15 on a modeling competition in Brazil. From then on, her modeling career started blooming. She worked with numerous acknowledged fashion houses - Armani, Valentino, Guess, Vera Wang, and her photos appeared on the covers of some of the most prestigious magazines - Elle, Vogue, Marie Claire… Adriana was a spokesmodel for a cosmetic brand Maybelline. Since 2000, she has been one of Victoria’s Secret Angels and a face of many brands. After a year off, due to childbirth, her career continued, and it seems that she came back more beautiful than ever.