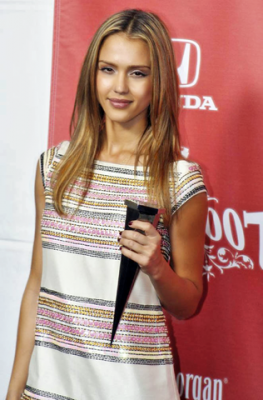 Cuteness, success, sophistication, motherhood-all packed in one woman. Jessica is a multiple winner of the title: most beautiful, sexiest women in the world. She began her acting career as a teenager and since then her journey to the stars has been going only upwards. She appeared in many movies and series, but some of her most significant roles were in the television series “Dark Angel”, for which she was nominated for the Golden Globe, and in the move “Sin City” where she acted as a stripper and where her seductiveness and perfect body were pointed out.