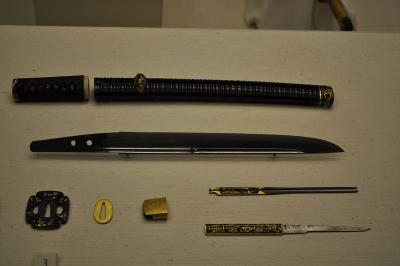 A tantō (短刀, "short blade") is one of the traditionally made Japanese swords (nihonto) that were worn by the samurai class of feudal Japan. The tantō dates to the Heian period, when it was mainly used as a weapon but evolved in design over the years to become more ornate. Tantō were used in traditional martial arts (tantojutsu). The term has seen a resurgence in the West since the 1980s as a point style of modern tactical knives, designed for piercing or stabbing.