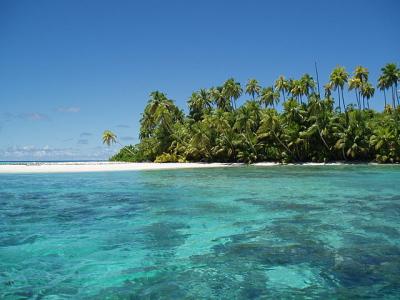 The territory of the biggest marine park in the world,and the largest marine life reserve is under the patronage of the UK.Its surface is bigger than the surface of France, and it is placed 500 km south of the Maldives.Seven atolls,coral islands -which marine world is one of the most beautiful and the most versatile on the planet,are placed within this reserve. Chagos is the habitat for more than 1200 different species of coral and fish,and it also is the home of one of the most endangered species of turtles.