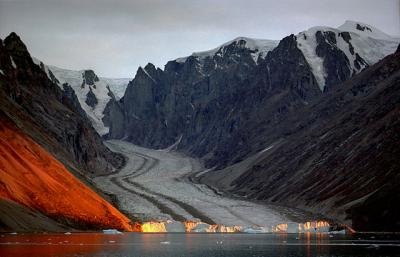 The biggest national park in the world covers the whole north of Greenland.The fact that its surface is larger then the surface of 163 out of 194 countries in the world speaks for itself.This national park is inhabited by polar bears,morses,arctic foxes ,snowy owls and other species,many of which are endangered.This park was found in 1974,and it was expanded meanwhile. In 1997 it was declared an international biosphere reserve.