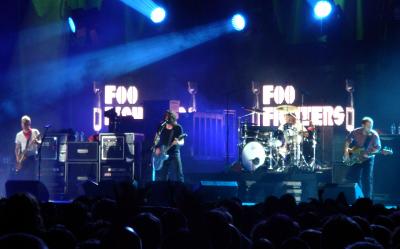 Founded by Dave Grohl of Nirvana after the death of Kurt Cobain, Foo Fighters quickly gained the fame and were called one of the best alternative bands. The band has recorded 9 studio albums, all much loved and revered by the fans and critics. All albums combined have sold 30 million copies globally.