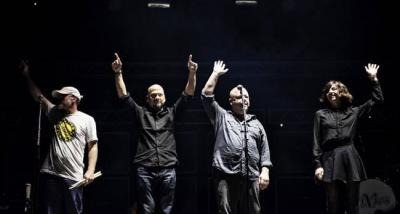 While being considered average artists in the US, Pixies were named among the top alternative bands in the UK, mainland Europe and a number of other countries. They have broken up in 1993 but as their records were gradually increasing in popularity, Pixies reunited and are active to this day.