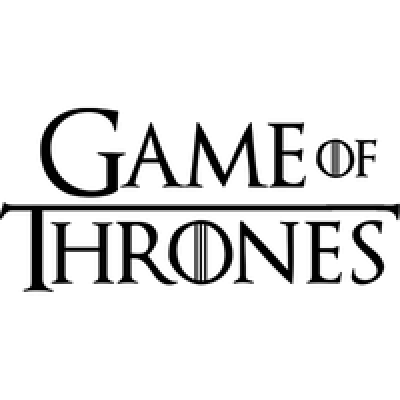 IGN’s second pick among the best Game of Thrones episodes, the Blackwater is the decisive moment for title claimants. It is the moment when Tyrion is not afraid to stand against the foe, use the wildfire and burn Stannis’ army to the ground. While all the Lannisters flee, the smallest of them is the bravest.

Epic. Just...pure freaking awesomeness. I get so worked up over this show it's not even funny. I had a feeling something bad would happen to Tyrion. I don't think he will die, but if he ever does I have a feeling I'll be a wreck for days. God this show..WILDFIRE! DRUNK CERSEI! SCARED HOUND! BAMF TYRION! Oh Game of Thrones, what do you do to me?? *Throws Emmys at them* Oh and yes. Needle would absolutely DESTROY Hearteater =) Joffrey can suck it.

What an incredibly epic episode. Part of what makes it so awesome is that you don't really know wich side to root for. Of course you don't want Joffrey and Cersei to win, but Tyrion is on their side and how can you not root for Tyrion? On the other side there's Davos (a personal favorite) and Stannis who was just an incredible BAMF this episode (first to land, first to enter the city wall, has to be drag out the fight). Either way someone you like probably got screwed at the end. Oh, and the guy who injured Tyrion was a Kingsguard, they're suppose to be in the same side, so that's not good.

Just epic. Martin should really consider the possibility writing the screenplay for the whole season, not just one episode. The characters, the battle, the dialogues, everything was the way it was meant to be. Oh, and Rains of Castamere <3

Epic is the only word for this. Seriously, wow! Cersei and Sansa dialogues, The Hound, Tyrion's pre-war speech, Tywin's entrance.. Only because of Tyrion I wanted Lannisters to successfully defend King’s Landing. But Stannis -who is the first one into the battle and the first one up the ladder- is the true king.

They topped my expectations...and they were really high! It was just as I imagined when I read the book!

A few things: The single archer was Bronn. The Hound wasn't upset about the battle or the killing, he's just terrified of fire. His older brother shoved his face into fire when he was just a kid, and it is his biggest phobia. They made a bunch of references to it, him ducking from the fire, his i'm-gonna-be-sick expression when the wildfire burns, him warning the archer not to shoot any fire arrows near him, and then his expression when a guy on fire comes at him. Another thing I noticed the show didn't focus on, is that the Tyrells are a very powerful House, technically equal in rank to the Starks, Lannisters and Baratheons. They are the second richest great House in Westeros, and they were the ones financing Renly's war. Love the recaps!