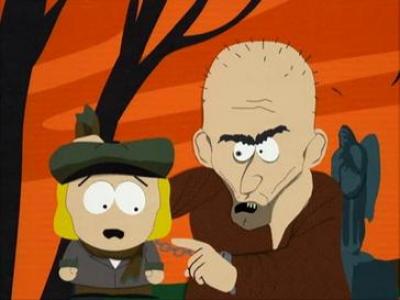 "Pip" (also known as "Great Expectations") is the fourteenth episode in the fourth season of the American animated television series South Park. The 62nd episode of the series overall, it first aired on Comedy Central in the United States on November 29, 2000. The episode is a parody and comedic retelling of Charles Dickens's 1861 novel Great Expectations, and stars the South Park character Pip, who assumes the role of Pip, the protagonist of the novel, who is his namesake.