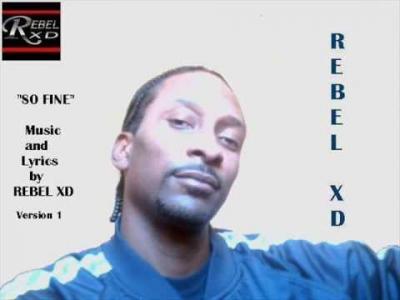 If you ever watched Guinness World Records TV show, then you know who Rebel XD is. If you ask him who is the fastest rapper, he will proudly tell you to look no more. A 3-time holder of the record for the fastest rapping is something that deserves attention. The most recent record, set in 2007, was 852 syllables in 42 seconds, 20.3 syllables per second. It is the best officially recorded result by far.

Born in 1973 in Chicago, he started his path as Rebel XD only in 1987 and after ten years he gained his worldwide popularity by record-breaking speed rhyming, beating his own record, set in 1992.

Rebel does not like when people call him just the fastest rapper and not fond of telling about his records. He often states that people are terribly mistaken if they think that his lyrics is only about speed and nothing else. He dedicates some space in any profile description that he intentionally performs most of his songs in lower tempo, so everybody could grasp the meaning of the lyrics and the message that Rebel is trying to pass.

Rebel XD, though famous for fast rhyming, does not like to be associated with the Choppers movement and prefers not to be called that way. His talent for speed rapping is not main thing for the artist himself, as he continues to press on with hard work on making the lyrics be unique and sound like nothing else the fans have heard before.

What is your opinion about Rebel XD? Should he continue to perform in a more slow pattern, focusing on words and not the ultra fast tempo that we all know he can deliver? Use the comment section to say everything you want about the artist and his music!