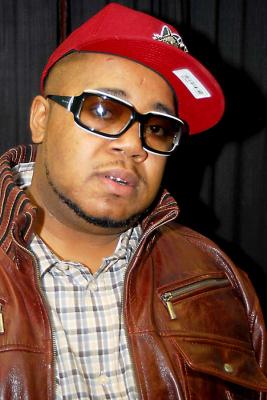 Twista’s fans would definitely call him the fastest rapper among many contestants for that title. Back in 1992, this guy managed to pronounce 598 syllables in 55 seconds, which was officially acknowledged by Guinness World Records. 43 years of life and more than a half of that fully dedicated to rap industry. Twista is still kicking it and keeps on recording new tracks and releasing new clips that swim in the ocean of views of old school fans as well as newcomers that want to relish his talent of a fast rapper. Deep lyrics, fast rapping, beats that tear your headphones apart, that is how you can distinguish Twista from many other famous artists.

Starting since early 90s, Twista slowly worked his way to the pinnacle of his fame, releasing more than a dozen of albums and compilations. A pretty impressive tally, especially for a rapper like Twista. Collaborations with other rappers gave birth to fabulous songs such as the Legendary and Twista is not planning to stop on what he has already achieved.Fair to say that he is not only changing the world with his music, but states that each rapper should be a direct representative of society and has to help it grow any way possible. His Get Money Gang Entertainment makes sure that homeless people get the food they so desperately need.

Twista proves that he is one of the fastest rappers, a valuable citizen and an asset to the rap industry, all in one package. What do you think about this proud representative of rap industry?